Chimpanzee Habituation or chimp habituation in Congo as of now isn’t open to tourists because the section in which the activity is undertaken is still closed (the park was closed in 2018 July and re-opened in February 2019). After Virunga National Park was re-opened, gorilla trekking safaris were open to tourists however the sector in which Chimpanzee habituation was previously undertaken is still closed. Chimpanzee habituation was one of the popular activities in Virunga National Park Congo where tourists go to the forest to spend about 4 hours with the chimpanzees-man’s closest relatives (humans share 98.7% of DNA with Chimpanzees).

Chimpanzee Habituation is done in the forest near the headquarters of the park in the area known as  Rumangabo. Chimpanzee habituation is a painstakingly slow process that can last even up to 10 years as Chimpanzees are made familiar to the presence of human beings.

The History of Chimpanzee habituation in Virunga National Park

Around 1987-1989 there was a network of about 80km trails created in the Tongo forest by Frankfurt Zoological Society (FZS) for chimpanzee trekking. At that moment, the process of chimpanzee habituation started and this took two years.  By 1989, more than 50 chimpanzees had been habituated for tracking by tourists on Congo safaris/Congo tours/ Congo trips/ safaris Congo/ tours in Congo/ trips in Congo.

Just not long enough after they thought they had accomplished the process and had become a very important source of Tourism revenue both to the Government and the small community of Tongo. Unfortunately, just after three years, there was civil unrest in the area and this put an end to chimpanzee trekking safaris that had started booming. In 2010, the Frankfurt Zoological Society (FZS) together with the local community re-launched the process and the trekking begun by June of that same year though on a small basis. In April 2012, hostilities erupted yet again and chimpanzee trekking had to be halted. The M23 rebellion, as the conflict was known, eventually ended in January 2014. The Tongo team still visits this population of chimpanzees on a daily basis. The group now consists of 32 individuals in three groups/ families.

The Democratic Republic of Congo has highly been affected by political instability and the chimpanzees have highly been threatened by instability making their protection very vital. If a tourist wants to book a chimpanzee trekking or habituation permit this can be done by a Congo trip/ Congo safari/ Congo safari tour operator.

Chimpanzees are so amazing to watch, they are the second most beautiful species to see after mountain gorillas, as soon as the activity is opened for habituation again don’t miss out on this activity. 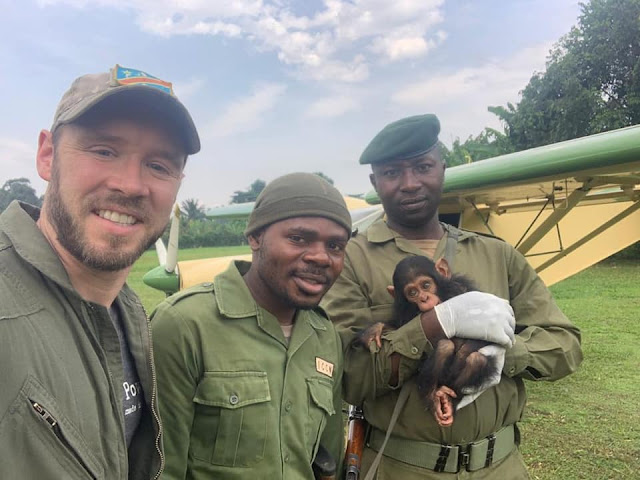 About Lwiro Chimpanzee Sanctuary in Congo

This sanctuary was created in was founded in 2003 with the arrival of its first orphan chimpanzee. It was created by 2 Congolese institutions that is Congolese Institute for Nature Conservation (ICCN) and National Center for Research in Natural Sciences (CRSN). As the only chimpanzee and monkey sanctuary in the kivu region, the Lwiro acts as a crucial resource for all conservation organizations working in the area.

Since its inception Lwiro Chimpanzee sanctuary currently takes care of about 83 chimpanzees, 105 monkeys of 12 different species along with other endangered species like the parrots, turtles and a porcupine. Lwiro plays a vital role in caring for confiscated wildlife and in putting a stop to the illegal animal trade in Congo. 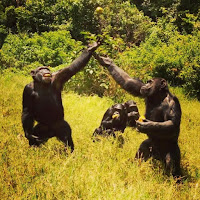 This sanctuary gives orphaned chimps a second chance at life while also ensuring to protect them in the wild as well. Many chimpanzee families are killed and the young ones are left stranded and that is when Virunga National Park, Kahuzi Biega National Park Congo, and other rescue teams come in to take the stranded orphan chimpanzees to their safe home at the sanctuary to help them recover physically and psychologically from what they had witnessed as most of them see the action of poachers on their families. NGOs have also joined the fight to see this sanctuary as a success. Lwiro is the ideal location for chimpanzee rehabilitation, local community awareness for conservation and outreaches.

Lwiro Chimpanzee Sanctuary is recognized as World Heritage Site in Danger since 1997. This sanctuary has a great well-equipped team of about 46 workers who take care and love the primates. There is a veterinary team, chimpanzee caregivers, monkey caregivers, cooks/ chefs, buyers and domestic helps who are also dedicated to the success of the center. The caregivers at Lwiro Chimpanzee Sanctuary are all skilled and well-trained personnel and some have been at the center since it was established in 2002 with the first chimpanzee. The cooks ensure a well-balanced diet for each of the animals at Lwiro and all the six meals per day that the Chimpanzees and monkeys eat unlike humans who survive on 3 meals per day.

The team of 2 veterinary doctors has been the backbone of Lwiro as they work day and night to ensure the health of the primates at the center. As there are both monkeys and chimps at the center, they both have their separate team of caregivers who spend the most time with them, monitoring, loving and ensuring the chimpanzees and monkeys in Lwiro Chimpanzee sanctuary receive the best care and utmost attention. 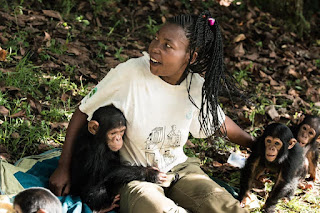 Opt to visit Lwiro Chimpanzee Sanctuary after enjoying your Congo safari or before your Congo Safaris. The programs at the center have reached a big audience of about 3500 people per year through the several visitors both international and local that come to the sanctuary.

About the Author: Promotions Department

YOU NEED SOMETHING, SEARCH IT HERE!

OTHER USEFUL LINKS IN THE SITE